Not All Dog Catchers Are Bad!

Dog catchers get a really bad reputation, and I must admit before I begun working with them here on the island, I pictured, a Cruella de Ville clone, who snatched peoples dogs. They don't even have nets like in movies, and the ones I have got to know even love the dogs. The dog catchers dont want the dogs in the pounds, and the ones they collect off the streets they try and stop going to the main pound if they can.

Many of the dog catchers are normal, nice guys who love animals, and care what happens to them. They dont want to see the dogs killed, and the animals they find that have owners, they return as soon as they can. Many have dogs of their own, and are experienced at what they do, although their methods are unique.

When I first met my local dog catcher, I must admit I did think he was creepy, and that there may even be a possibility that at night he shot the dogs,and ate them. 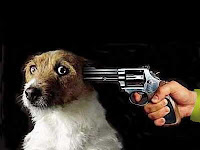 Every dog that enters his small pound he looks after, they may not have cosy beds, or long walks, but he is delaying them going to the kill pound. When he is too full, and knows that the dog lorry has to be called he calls people he trusts like us to go and clear cages, so he can fill them again.

It annoys me when idiot people on Fb state dont call the police they will shoot the dog, or send it to the kill pound. There are actually several others steps before that, but good old people thinking they know everything, when they dont. So, if you see a stray dog please grab it, or call the police, it may be someones lost pet, or if not it will need to be off the streets. 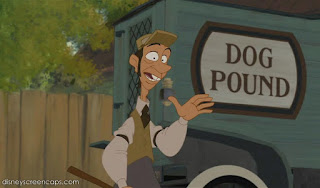