Neutering- Isn't all About The Puppies!

Neutering is something that I feel really strongly about, and a subject that I get into many arguments about. I have refused a lot of applications to adopt my dogs because a resident dog has not been done. I listen to the protests about the fact the dog doesn't go out on it's own, and they don't want puppies, but you know what it isn't all about the puppies.

Neutering a dog is the responsible thing to do, there are so many health issues with not neutering from cancer to pyometra. Most of the surgeries we have to do are removing mammary tumors from dogs that have been unsteralised. They are then put through huge surgeries, rather than a 30 minute quick neuter.

Pyometra, is a killer, and I nearly lost a dog that had this due to an irresponsible owner, who simply didn't give a damn.  A female dog was tied to the gates of the pound one day, not only did she have this killer infection, but she was blind and terrified.

This infection, literally means "pus in the womb" and is an infection that acts quickly taking over the uterus, and in most cases causing death. Every time you allow your female dog to have a season, you are putting them at risk of getting pyometra. 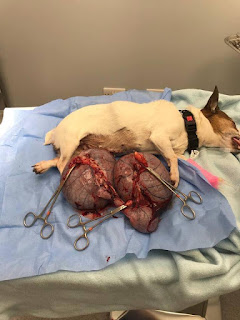 So, when you tell me that you love your dog, and it is "personal" choice not to neuter, I don't consider it love when you are endangering that dog. In my mind you are irresponsible, and I don't want you having one of my dogs. You can then go on to try and justify your decision, and often you will get abusive calling me rude because I have an opinion, just like you do. 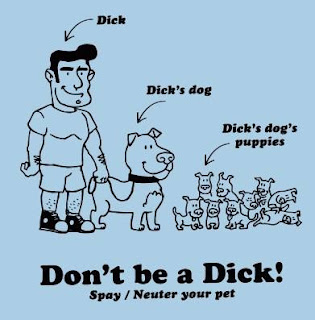 The simple fact of the matter is, there is NO reason not to neuter, I don't care if your vet has advised not to, or you believe they are "more" of a dog with balls. I don't care, if you have never neutered your dog (in fact that just makes you even more stupid) I don't care what your reason is, simply put you will never convince me otherwise.

I am convinced that my best ideas are hatched when alcohol is involved, and Dog Fest 2019 was no different. CBH and I were sat one night, few ciders later and not only was I going to take over the world, but we had come up with an idea for everyone that has adopted to meet up.

We thought that throwing a complete load of strangers together, in a field, with dogs of all ages, personalities, and sizes, was the best idea ever. Fast forward four months, and the reality was born. So, there is me in 3c in a muddy field in Oxford, thinking WTF. 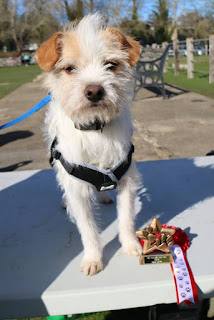 Yes, I got on a plane, did a two hour drive, and stood with a group of insane but amazing people to celebrate one thing, my amazing dogs. I didn't tell anyone I was coming for several reasons, me getting on a plane and going anywhere can change up until the last second, also I didn't want it to be about meeting me.

Now that sounds big headed, but as proved, since coming back, many people have messaged and said "oh if I had known you were going I would have gone" no guys you were supposed to go for the dogs, for the UK team and for each other.

The day was everything I wanted it to be, it was happy other than the moans of its cold. People were smiling, dogs were causing chaos, and friendships made, between people that would not normally have met. I always say when you adopt one of my dogs you become part of the crazy Pet Pals GC family. 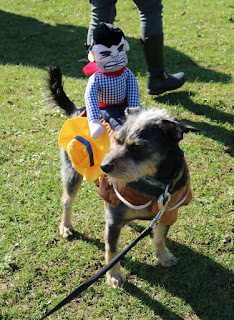 It was also great for me to meet many of my UK team, sadly not all could be there, but they all do an incredible job, helping to get these dogs homes. I also got to meet adopters that I speak to often, and it is surreal meeting someone lives in your PC.

Needless to say that we ended up in the pub after the event, watching the snow falling through the window, muttering we really should make a move for at least four hours! Finally we braved the weather, left the comfort of the pub, and all went our separate ways.
As I battled the M25 for another two hours (what is so fucking smart about a motorway that you have to do 40 on I will never know) I was exhausted but incredibly proud of every foster mum, adopter, but mostly my dogs. They looked amazing, they behaved so well, and they reminded me why I do what I do day in day out.

Thank you everyone...... Dog fest 2020 will be later in the year next year (due to weather) see you all there! 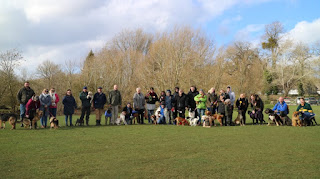 Pop it in a Turkey Baster!

I have some great friends, we don't need to speak often, and the odd random message can lift a crappy day. One of my friends lives here on the other side of the island, she owns a goat farm, and makes amazing cheese. She is talented, and wise, and I would like to say far more sensible than me.

Mrs L has a small Pygmy goat that she would like to breed from, so when Horns arrived her eyes lit up, and she begun to plot romantic dinners for the goats. A few messages were passed, but due to chaotic lives nothing much came from the plans of our goats getting it on.

Randomly I received a message the other day from Mrs L asking how the leg was, and after we got through the small talk she jumped in with the goat talk. She was still looking to get the goats together, and asked if she could borrow Horns for a few hours. 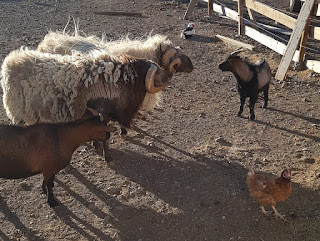 She, however, had other ideas, she messaged back with "oh can't you just pop it in a turkey baster for me" Now I'm one of those "would do anything for my friends" type person, however, pleasuring my pygmy goat, and popping the results in a turkey baster simply wasn't going to happen. 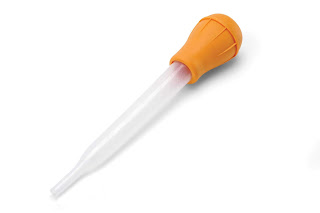