Now these are a mix between BAAAAAAAAAAAAHHHHHHHHHHHHH and BWAHWAHBWAH. Daddy goat is a determined chap, and he was adamant that Mumma goat wanted some loving, and even if she didn't he was going to tell the whole neighborhood that he did. Alongside the noise, there are flapping, bleating, yodeling sounds, which sound a little like Chewbacca. 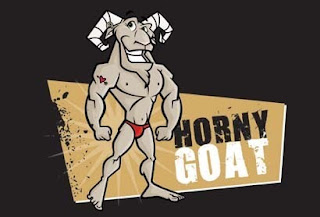 As Daddy yodels his mating call for Mumma, who has no interest at all, his ears flap around, which is amusing for about the first 10 minutes, but after a while it is annoying.

Now he is determined as the signs were clear she was not up for loving anytime soon, as she headbutted and ran away. The only time he stopped was when food was put in front of him.