Fostering is Not For Everyone

Fostering is something that many people think they can do, but the reality is it takes a special kind of person to be able to foster. I have an amazing team in the UK, which is growing, and everyone of them is unique and special.

Not everyone is cut out for fostering, which is fine, but leave the team with your head held high that you gave it a try, not do the typical "lets slag off the rescue on FB" because you could not deal with the reality of what fostering is actually about.

A lady joined the team recently, she was overwhelmed before the transport even begun, but we thought lets give her a chance. I have no idea what she thought fostering involved, and no matter how much you tell people, they never seem to listen.

There is a lot of information to take in, and a lot that needs to be learnt, however, my team are amazing, and are there for each other, and newbies every step of the way. One of the first things we try and teach newbies is I am VERY busy, so if you message me and I don't answer I am either dead, or busy. Therefore, message through our "foster group" there are always lurkers there from the team ready to help.

Nope, she just didn't get it, so message after message came through, and of course, some were ignored, and this caused her to post that I was ignoring her. All newbies foster mums are given as their first foster, what we call "an easy adopt" These are dogs that my grandson could rehome, designed to ease the new foster mum into the role, and to find their feet. All the usual questions were asked before her new foster dog arrived, which was great I want them to be prepared.

Typically this dog decided he had other ideas, and refused to pee on transport, causing him to have a urine infection coming off transport. Now the foster mums have a huge amount of knowledge and often treat things without rushing to the vet. They offered help, advise, and treatments ALL were ignored.

The newbie then begun posting how the dog had to go, her mental health was suffering, it was all too much. Now this dog is the sweetest, most loving dog on the planet, so I really couldn't see what the issue was. She kept posting how no one cared, and he was suffering, yet she had listened to NO ONE on the team.

We organised for him to be moved to another foster home, but as always these things take a few days. So, in the end the foster mum announced she was taking him to the vet, no one said not to, but we did advise that UK vets can sometimes be dramatic.

The day of the vets came, and typically it was an awful day for me, I was rushing my dying dog into the vets, whilst this lady was messaging me demanding money for the vets bill. I asked her to post in our group as I was driving, and stressed.

The wonderful UK vet gave a 5 day course of antibiotics WTF 5 days!!! but as always in the newbies eyes the vet was god I was satan, and she was suddenly a dog expert. When I asked her what the vet had said, she answered I have no idea, you need to call them.

Whilst the newbie was launching a full scale attack on me, I was sat on my vets floor, with my dying dog in my arms, tears rolling down my face. Thank god for my team, as they stepped in, sorted the mess, and left me to pick up the pieces of my heart that were broken all over the floor.

A few days later the dog was moved to another foster home, the newbie was removed from the group, and all was well in the world. Don't be silly of course it wasn't, rather than her going back to her life, she decided to rant on FB how my rescue was disgusting, I neglect my dogs, don't care, send sick dogs, don't pay vets bills.

I commented on her post, stating some FACTS, and as always she blocked me rather than face up to the fact she was lying for effect, and to get the oh poor you's on FB. Got to love people that slag you off, but are not grown up enough to have a discussion about it. She called my UK team useless, said they were little minions, and how none of us cared.

So, if you are considering fostering, remember it is daunting, hard work, and stressful, but it is also incredibly rewarding, and my team are amazing. They not only care about the dogs, but each other, and that is huge. If you decide fostering isn't for you, no worries, but please walk away with your held held high, knowing that you had tried. Don't be a drama llama..... as it just makes you look even worse! 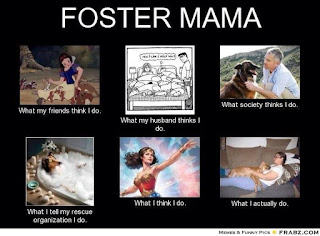 Surprisingly I do In Fact Have a Heart

The last few weeks have been hard, I have not only lost one of my own personal dogs, but a few adopted dogs have died. This is always heart breaking to read, they have amazing homes, and all the love they could ever want, but sadly the universe has other plans for them.

Something that struck me when I was reading all the lovely comments to the adopters, and foster mum's on the post's was no one ever asks If I am ok! Now, my husband does tell people that my heart is on a shelf in a jar in the office, and that there is simply a lump of rock in my chest!

Is that what people really think? that I don't feel the same grief, or hurt just as much as adopters and foster mums? For me loosing a dog at any stage is heart breaking, I sit I shed a tear, I sometimes even ugly cry, yet it seems that people either think that I don't care, or that I'm made of stone.

I had a heated discussion with a person about this subject recently, as a dog she had been looking after was killed by the new new owner's vet. I'm not going to say PTS as she was killed. After the event, the lady got in my face, and expressed her unhappiness that I had not asked her if she was ok quick enough.

I pointed out I had asked her the next day, yet she and many others had not asked me at all. Not once did the words come from anyone "are you ok?"

Grief and heartache can be shared, many people can feel the same emotion all at the same time, it is not exclusive to one person.  I'm not writing this blog to get  a flood of messages asking if I'm ok, far from it. As always it is a platform for me to express how I'm feeling, and to ponder why people seem to think I am made of stone, and that I don't hurt just as easily as other people. 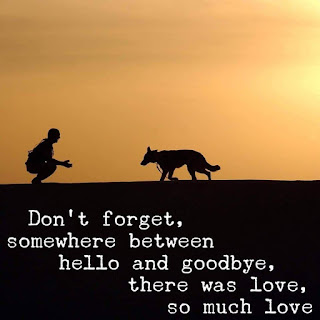 Someone messaged me yesterday and asked if he had done something wrong, as I had been quiet. Sadly at this time of year, I don't have the energy to lift my head, let alone type witty answers. You can always tell what time of year it is by my answer to people when they message, in the summer months the conversation goes like this:
"hi how are you?"HotTiredSkintStressedIn the winter they go like this:"hi how are you?"WetTiredMuddySkintStressed

There has been so much happening on top of the usual heat of the summer months, and august has been a decidedly shitty month. The summer months are tough, financially, mentally and physically. I am not getting any younger, and every year I feel the struggle more, and do wonder why I do this. On top of the relentless heat, there have been disastrous wild fires, arsehole businesses trying to shut us down, many things that have broken, including my heart. So, normal service will be resumed soon I promise, loads to moan and write about, too many dogs, too many cases, not enough money, but hey"Rescue dogs they said, it would be fun they said" and to add that extra edge do it in the Canaries, where it is always complicated, and the weather hates you. 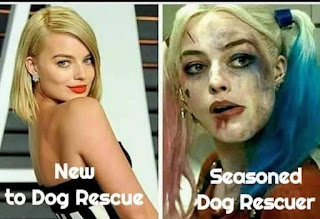