Viking was the second horse that we rescued, he was old, and unwanted, but loved from the day he arrived. He was calm, and very friendly, and Magic adored him, which made life easier, however, Viking suffered from colic. 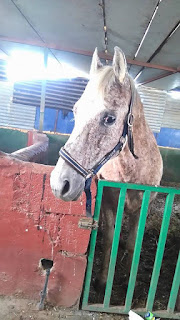 Colic is a huge concern with horses, and we had to watch what he ate, and even then, as he got older, his attacks were more frequent. I knew that colic would kill him one day, and sadly I was correct.

One morning as I rounded the corner to the stables, I knew something was wrong, viking was not stood with his head over the door as normal. As I got closer, I knew he was dead, I entered his stable, and fell to my knees. As I stroked his head, a tear or two fell down my face, my beautiful unicorn was gone.

I covered him with a blanket, and practical head kicked in, we had to get him out of the stables to be buried. Now I know it is illegal to bury your animals on your property, but it wasn't even up for question, he was going in the ground. 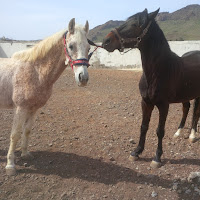 Calls to the vets, digger guy, and people in the area were made, as we needed help to get him out.  As we all stood staring at a huge dead horse, and a tiny gap, the discussion of how we were going to do this begun.

The local guys are great, but they were practical, and forgot this was my horse. The answers were, a) cut him up... NEVER going to happen in a million years b) take the whole roof off, get a crane and lift him out, an option but we had just had a brand new roof put on, or c) take down the walls. Although this was a huge task it was the only one we had.

The walls came down, and Viking was strapped to my car, not what I imagined my 4x4 would ever be used for. He was then dragged out, which was horrific, although I knew this was the only way, I had to walk away. After what seemed like an eternity Viking was out and placed where he needed to be, again I covered him, and said my goodbyes.

Magic was also let out to say goodbye to his friend, this might sound odd, but Magic was frantic, he kept pulling off the blanket, and nudging his friend to get him to stand. Slowly the hole was dug, and then it was time for him to go. That day my heart broke a little more, I often wonder how much it can break before, there is nothing left.... 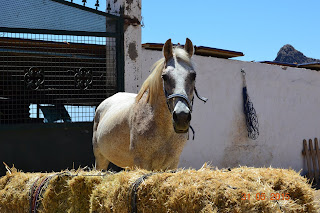