We have so many cats it is now past the point where you can count them successfully, and where we might have to start calling them ALL kitty so we don't have to remember names. Ironically, I don't actually like cats that much, I am much more of a dog person, so how the hell did I end up with nearly 70 of the bloody things.

We used to have one cat, like a normal average house, that then grew to four when we moved in here, Still a manageable number, sadly then we became a magnet for cats, they appear, they give birth, they are left at the gates, they are thrown over the walls. I just seem to attract cats, and sadly there are so many that need homes. 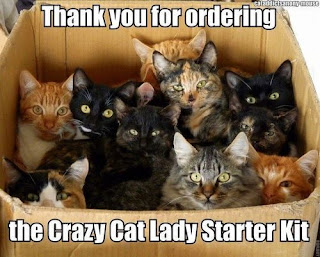 When the kittens started appearing, I soon realized rehoming was pointless, as everyone wants cute and fluffy without the responsibility of sterilizing.

So, I made the decision hey would stay, we would steralise and this would be our way of helping the problem. We then started attracting ferral cats who realised we had food.

The ferrals were trapped, steralised and released, and the rule became you step foot on my property you were being done. This also meant any neighborhood cats, even ones that were owned.

Yes, I kidnap peoples cats have them snipped and then return their cats with blue ball sacks, or tummies, and typically a clipped ear. Do I care it belonged to someone... nope they should have had it done. Just as we thought we were over the worst, and the numbers had risen to at least 20 cats, more appeared in boxes.

The cat problem on this island is HUGE it is beyond what any of us imagine, and it is not helped by stupid people letting their cat have "just one litter" That one litter will produce so many kittens, it is crazy, and some days I feel like they are all here! As the numbers grow, the feed bill grows with it, and as we approach 70 cats I pray that no more appear. How do you go from not really liking cats to having 70 all individually named..... oh yeah because I am crazy! 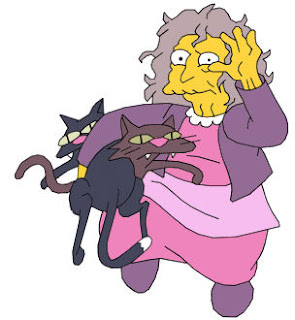