Every municipal here has a perrera (pound) which all filter into our main kill pound on the island. The goal for every one of these pounds is to keep the numbers down, so the need to filter, is not necessary. So, people like me are invited into the pounds to get dogs out, there are also some that have volunteers who help in the pounds, and they try and find homes.

One pound in a tourist resort has many volunteers that go and walk the dogs, and I recently found out they had a FB page, so I thought I would offer to help. I posted and asked if they could post the photos of dogs that were there, and if possible I would get them out for rehoming, Now to me this is a good thing, but no as always it turned into a circus.

We had people writing utter bollox about that I was lying and there were not pounds everywhere, that dogs had red dots on their foreheads when it was their time to die, and the the good old classic post went up. "Louise makes money from dogs she is a bad person" or words to that effect and as usual I was deleted, before I could respond.

After digging around I discovered that the idiot that wrote the post volunteers for an association that doesn't like me well there is a shock. The woman who runs this place gets dogs from pounds like I do, however, she sends them to kennels and other associations in Holland. She doesn't actually rehome them, some people dont see this as an issue I see this as "why bother"

So, it comes about that this lovely lady goes to this pound and gets out all the small, cute, fluffy, easy to get rid of dogs, and felt threatened that I was on her turf. Get over yourself love, I would have helped the big, black, ugly ones no one else wants. But hey if the volunteers are so stupid to think my removing me from their page they can stop me then they truly are dumb.

As always I will simply go to the organ grinder, and bypass the monkeys, as they truly are idiots being a part of the problem, rather than the solution. Why can people not see if we all worked together, more animals would be saved. 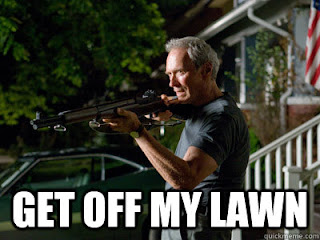