So, yet again one of the hater son the island has decided to post about me, and lie which make sit even more sad. They have written that I have set up a crowdfunding page to raise money for a dead dog, one that I never had in my care. The thing is this woman used to be someone I would consider as a friend, someone I trusted, and yet she is causing one BS story after another.

I would understand if she posted I was a bitch, or hard to get along with or, difficult to work with, but blatantly lying annoys the fuck out of me. She has written a post about Telde 1 , stating that I never had the dog, that I am raising money for a dead dog, and basically lying. What made it worse was after stalking my page seeing a post I wrote about her she then amended her blog, claiming she never meant me.. WTF at least have the balls to admit who you are bitching about.

The facts are very clear:

Why do people write bollox, all the facts were on my page, if you ask me I will tell you, yet people like her lie over and over, for what? She claims she doesn't hate me as she doesn't hate humans, well you are better than me then love, as there are many I hate! She also claims she is doing it for the dogs, no again love you are sat on your arse doing not a lot, apart from blogging about me. 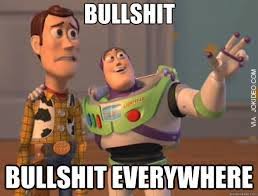