One Hot Potato and a Pair of Pliers!

I have many roosters here, which can be noisy and at times stressful when they decide to cross each others boundaries and fight. Most of the time they stay in different areas, ensuring that no blood is spilt , but yesterday an almighty fight broke out, and if you have ever seen two roosters fight it is brutal.

They have spurs on their back legs, and in ninja style moves they leap up into the air and crash down on their oppositions head, causing high impact damage. Although athletic, and slightly fascinating how they can perform that maneuver, the damage they do is extreme.

Two of the rooster truly hate each other, and will stalk each other, circling, wings flapping, glaring at each other with beady eyes, so I decided yesterday I had enough. It was time to microwave the potato and grab the pliers, sounds bizarre, yep well nothing in my life is normal.

Years ago I discovered the most amazing thing to with a hot potato, other than smoother it with butter and cheese. Yep, you guessed it you can remove roosters spurs with a hot potato! There are other options including ripping them out, but this causes huge amounts of blood, using a hacksaw, however, I manage to grate my own thumb when using a cheese grater, so a hacksaw would likely kill me.

So, you need to microwave the potato until boiling hot, as in so hot it could be the suns surface temperature, ram it on the end of the spur, wait five minutes, then gently pull off the top spur with the pliers, which reveals a smaller non lethal spur underneath. 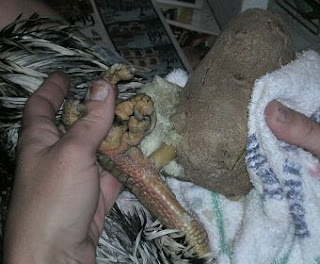 The first time I ever did this I did think WTF am I doing, sat on the floor with a rooster who is trying to eat the potato, burning my hands. However, it works, it really does, and it is so easy and painless for the rooster. I may have had third degree burns, but they were fine. 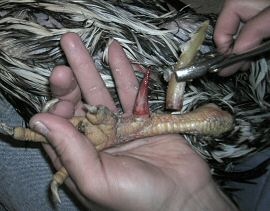 So, spurs removed they can go and fight till their hearts content not causing extreme damage to one another. I suppose if I gather enough spurs, I could make a necklace from it, to ensure that the few remaining people who think I'm normal may change their minds! 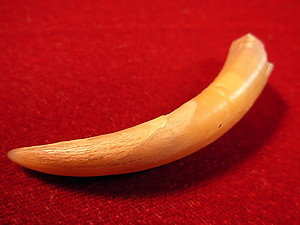