They Don't Live in Apartments!

I've lost track of the amount of times I have received a message asking for help with a baby goat or sheep in an apartment. I know these people start with the best intentions, and they try to save the small cute bundle, but come on people they cannot live in apartments. The only thing I would say is that people do get in touch sooner rather than later.

Baby goats/sheep make a lot of noise, it is like a crying baby 24/7 they follow you, pull on your clothes and jump on everything. They of course poop everywhere, so I can see why the appeal quickly wears off. So, late on Thursday night my phone went off, a young girl had found a goat could I take it.

Really it is a no brainer, when people reach out and ask for help, I cannot say no, so pick up point arranged, and lots of tears later I was in possession of a small bundle of bleating fun. 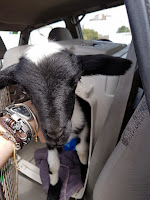 The baby goat was in fact a baby sheep, but hey very similar, and will need the same attention. So, on top of everything else, I now have a lamb to bottle feed! 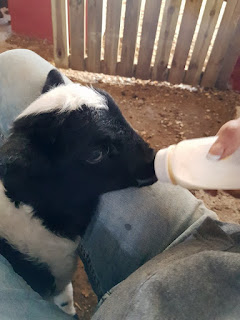