I have covered the subject of putting dogs to sleep before, and it has come up again this week, as the villagers are out with their pitchforks screaming dog killer. As always they have half the facts, a very small brain, and simply want to beat me over the head with something. So, here are the facts regarding the dog that was euthanized at my vets last week.

The dog in question was in my kennels for a breed specific group that "took him under their wing" therefore, they had committed to everything relating to this dog. The dog was 10 years old, uncastrated a PPP (dangerous breed) and had been kept on a roof terrace for six years. The dog displayed aggression on entry, was allowed a few days to settle, and be assessed.

On day two he begun to headbutt the wall in temper, and refused to eat or drink, he would not allow anyone into his kennels, and if approached would lunge and go into attack mode. Day four he begun to eat his own leg, and would charge at the kennel door if anyone or another dog approached. He also begun to expel blood from both ends due to refusing to eat or drink.

Videos were taken and shown to the group, other rescues and our vet. Everyone except the group considered him to be highly aggressive, and beyond help. Although I am not a "qualified" dog behaviourist, I have been doing this a long time, work with nervous and aggressive dogs on a daily basis, and do know fear aggression from attack aggression.

We contacted the ex owners, as he was still legally microchipped to her, as we had not processed the paperwork yet, and explained the situation. She stated she did not want him back. We contacted her nephew who had the dog previously, and he explained his aunt had not been entirely truthful, and that the dog had always been aggressive.

Day five, as I watched this dog beat his head against the wall, and rip at his leg, I knew I could not watch him suffer, this is no life for any living animal, regardless of how you feel about euthanasia.  We convinced the owner to collect the dog, and spoke to the group, who still refused to make a decision. He was boxed and driven to our vets, where the owner failed to turn up, so she was called again, and told to attend, or the police would be called.

The owner turned up, agreed the best thing for the dog was to stop his suffering, and she signed the consent forms as his legal owner. The vets asked if I wanted to leave as he was not my dog, I said no I would stay and sit with him until he died, I owed him that as everyone else had turned their backs on him. I will not go into details, but sadly he fought the sedation, and it took a long, hard 90 minutes to have him calm enough so that the vet could handle him to euthanize him.

I had been at the vets 4 hours in total, I had left my son sitting waiting for me for 2 hours, I had watched an owner walk away without even turning to say goodbye to her dog. I had chosen to stay with him until the end, and as with every decision like this it is heartbreaking. I messaged the group..... and what I got back stopped me in my tracks.

Not once did they say thank you, or sorry, or even asked how I was, what I got was denial, and lies claiming they had no idea what was happening. That they did not agree, and would not being paying the bill for the dog they "had under their wing" So needless to say it is another bill for me to pay. All they cared about was how to protect their group, and not admit that this was the right decision.

Needless to say the lies that have come out since Tuesday have stretched from the stupid to the quite bizarre, with fungus claiming I killed a dog on Thursday with my own bare hands, no vets involved! The group decided last night to launch a public attack calling me a dog murderer, which go ahead. They stated the dog was killed because "I could not be bothered to care for him" Yet another one of their dogs I have had here several months, who needs 24 hour care..... if that is their philosophy, why have I not put him to sleep. Oh yes maybe because you are talking rubbish.

They seem to have forgotten the only reason that dog was in my kennels was due to their group, that  the dog was not legally chipped to me, therefore, not my decision to make. Yet I was the one that sat with their dog, sorted out their mess, and paid their bill....... and yet as always I'm the bad one! 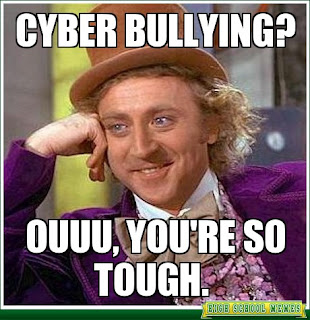